Is your business in one of the
Four Stages of Death?!?!

Your data will not be shared with anyone else 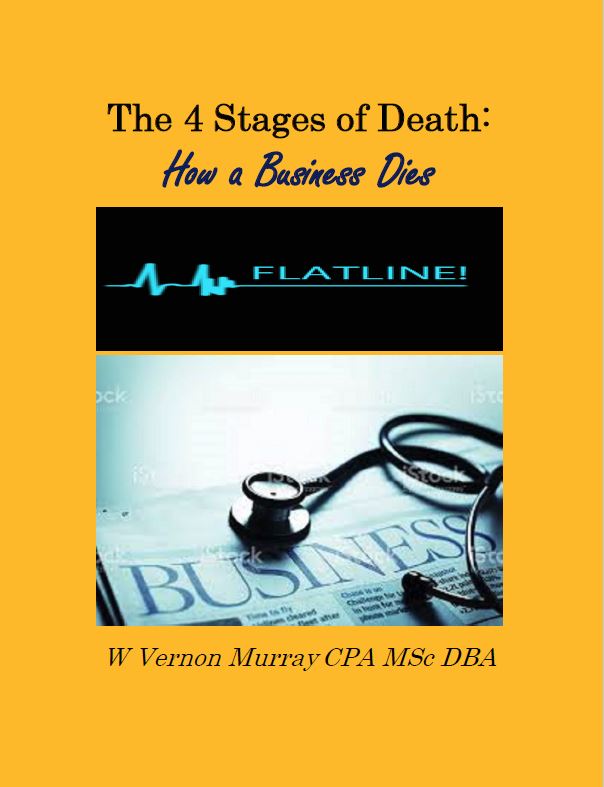 Using my experience I have put together a comprehensive look of what kills a business and how to spot these threats and prevent them long before they get a stranglehold on your business !

73%: the %% of small to mid size business owners who have no clue their busines is dying!!!

Business Diagnostics: Learn some simple business diagnostic tools you can use right away to tell if your business is dying! 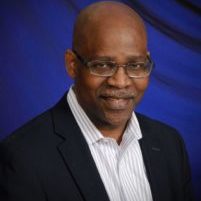 W Vernon Murray CPA MSC DBA is a Business Analysts & Strategist helping small to mid size businesses stay alive. He is also a Certified Public Accountant and Financial Advisor. He has guided dozens of businesses through successful financial turn arounds. He has decades of experience as a CEO, CFO and a business owner. 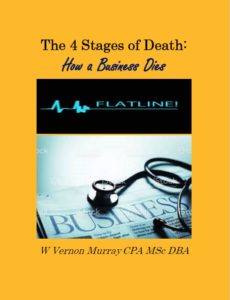 I have been a Business Analyst & Strategist for thousands small to medium sized businesses since 1990. I have successfully started and operated several businesses of my own during this time. During the almost 30 years that I have been consulting and advising business owners and executives and I have seen several hundred businesses fail and die. In a survey conducted by our business strategy consulting firm, our findings revealed an amazing fact about business owners whose businesses failed or died.

We found that 90% of businesses owners, CEOs or Executive Directors totally miss all the signs of a dying business until their business is almost or completely DEAD! We also found that 73% of businesses owners or executives believe their businesses are healthy and doing well when in fact they are in Stage I or Stage II of death. Our findings were also confirmed by other researchers. For example, according to a white paper produced by compensation data company PayScale, a business can enter a state of decline before it becomes obvious to those in charge. In fact, sometimes managers or owners can be in such a state of denial they don’t realize their company is in decline until it’s nearly too late.!” Susan Kearns, Free-lance writer – 20 years for business and financial publications such as Entrepreneur

Another expert, Jim Collins is the author of many international bestsellers like Built to Last and Good to Great. He has sold more than 10 million copies worldwide and many consider Collins as the greatest business author alive. Collins describes the death of a company as a progressive disease. It’s a disease that is easy to cure if detected early. However, it’s very hard to detect the disease in the early stages but most businesses fail to detect this disease until the later stages when the symptoms are much more obvious and easier to recognize. But by then the effects of the disease may very well be irreversible.

Collins went on to talk about his five stages of a business decline. However, unlike our study which focused on stages or signs exhibited by the business itself, Collins looked at behavioral patterns of the business owner that contribute to the death of a business.

Our study led to this eBook that focuses on the FOUR stages of a dying business. These are stages that every business, regardless of size, go through on its way to the “entrepreneurial graveyard”.

We share these stages not simply as an academic exercise but so that business owners and executives can be proactive and reverse the dying process of their business, hopefully earlier than later.

Do you know the 4 signs or stages of a dying business? Do you know if your business is dying? It is almost impossible to revive or grow your Business Performance & Profits if you don’t.

You don’t have to be a doctor to know what this picture means:

The flat line usually means the patient has expired. But flat lines generally don’t just show up suddenly without notice and without the patient going through various stages. The same thing applies in business. No business simply dies or goes bankrupt “all of a sudden”.

But because most business owners and executives, especially in small to medium sized operations wear so many hats; they get too busy and completely miss the signs and stages that clearly signal that their business is dying.

Our study also found that 73% of business owners believed that their business was healthy and doing fairly “OK” in the months leading up to a significant business failure event. A business failure event is an event like, losing a major contract, inability to pay major vendors, having to let staff go or filing for bankruptcy protection.

So here are the first 2 of the Four Stages of a Dying Business. Get the FREE ebook to learn the other 2 stages and much more about keeping your business ALIVE ! 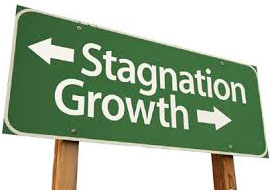 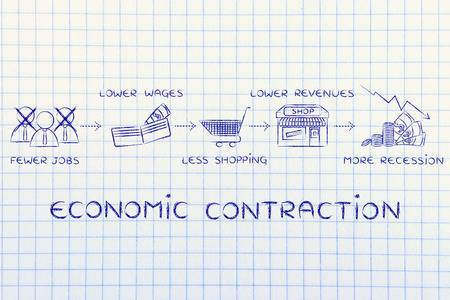 Get your copy of this eBook, right now, for free! It’s time to take action now and start keeping your business alive & well!